Client-side mods, in a few words, are mods that generally affect the client-side, such as graphics, sound, user interface and etc.If you're in doubt, good examples are Minimap mods or GUI mods, that changes how your HUD looks like or how your inventory appears and stuff likewise.When installing mods on your server you should be careful not to upload these mods as they may cause your server to crash or even corrupt the world.🖥 ExamplesClient-side Mods can be generally defined as Mods that change the player-side part.As an example let's get two famous Mods.Biomes O' Plenty- This Mod is not a client-side mod because it changes the Game by adding new Biomes to the Minecraft World. This affects the Minecraft Itself.Optifine- This is a client-side mod because Optifine changes animations, graphics, sounds functions and etc that are only affects the player-side.🗺 GenerallyYou can say that Client-side mods can be classified like mods that affect the "player-side". This includes Minimap Mods, some HUD modifiers, a mod that Improves the "computer-side" performance (such Optifine) and etc.They work if you only install them to your own game.🚀 How to install Client-side ModsTo install client-side mods on your computer is very simple.Firstly you'll need to Setup Forge in your computer.You can find how to install Forge on here.Note that instead of installing using the " Install Server " option, you'll need to use the " Install Client " option. This should install Forge in your Minecraft launcher.To install:Open Websites such as CurseForge and download all Mods you'd like.In your computer, open your Minecraft directory.If you're using Windows, you can find your Minecraft folder on: C:\Users\<username>\AppData\Roaming\.minecraftIf you're using MAC, you can find your Minecraft folder on: /Users/<username>/Library/Application Support/minecraftOn the directory " /mods ", drag and drop your Minecraft Mods.Open your launcher and launch the game using the Forge you had installed. 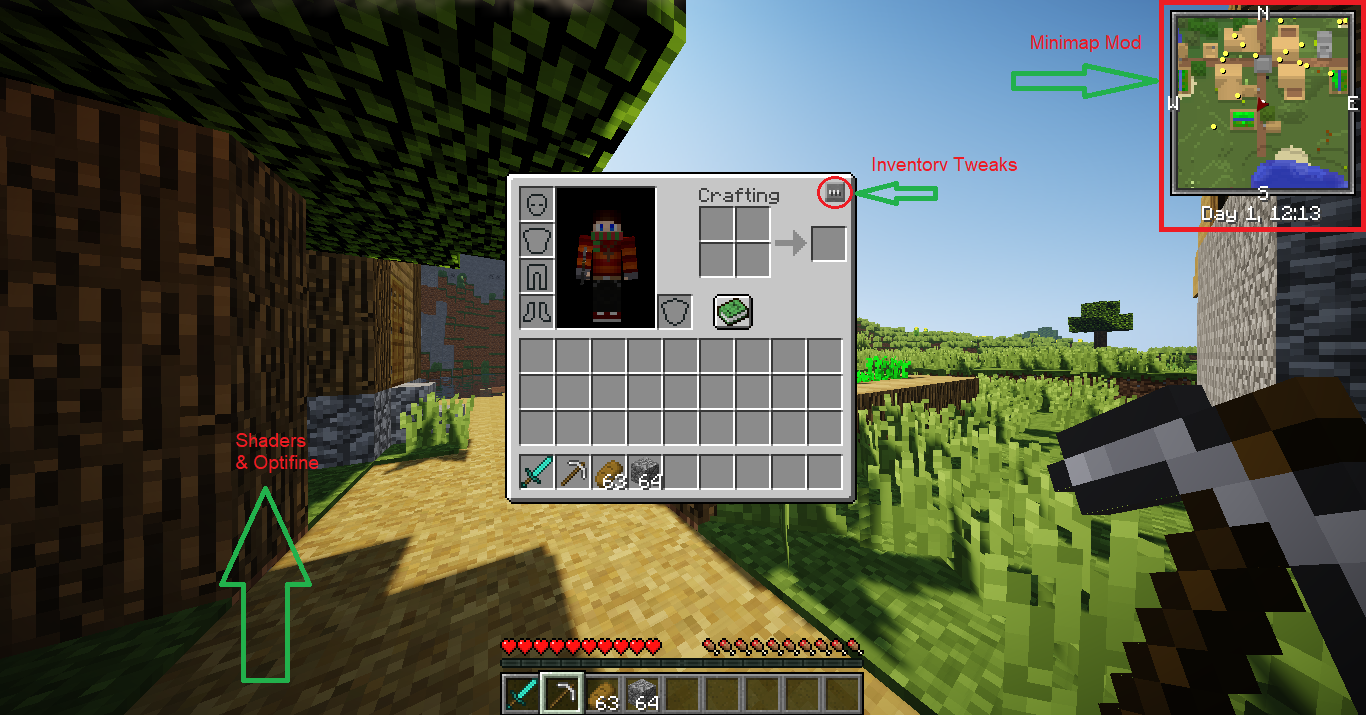 As you can see on the example Screenshot above, it only affects the player-side gameplay.This should be a simple explanation guide about Client-side mods.Feel free to open a ticket in your Billing Area if you need.